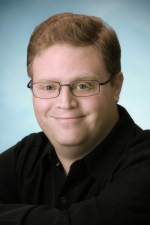 A neuropsychologist diagnosed Nick Dubin with Asperger’s Syndrome in 2004. Since then Nick has been a passionate advocate on issues  relating to the autism spectrum. Dr. Dubin has a Bachelor’s degree in communications from Oakland University, a Masters degree in special education from the University of Detroit Mercy and a Doctoral degree from the Michigan School of Professional Psychology.  Dr. Dubin authored three books and produced three DVD’s, all relating to the autism spectrum. Nick lives in the greater Detroit, Michigan area and currently works on his next book about ASD and depression. For more information, visit: http://www.aspergerwisdom.com/

The two guests will share from a professional’s  and parent’s point of view  and insights gained about how to help Asperger’s children become more approachable, less stuck, and finally able to make, and keep, a friend or two (Based on their new book: QUIRKY, YES–HOPELESS, NO  Practical Tips to Help Your Child with Asperger’s Syndrome Be More Socially Accepted).

Dr. Cynthia Norall is a Licensed Educational Psychologist (LEP) and a nationally certified Cognitive-Behavioral Therapist.  Currently, Dr. Norall is the Clinical Director of C.A.S.E. Inc. and an Educational and Behavioral Consultant in many school districts around San Diego and Riverside counties.  In 1992, Dr. Norall realized that she wanted to work with children and teens diagnosed with Autism Spectrum Disorders but did not know what avenue she would take.  Then in 1996, it came to her — behavioral therapies, developing appropriate educational programs for persons with similar communication and social challenges, would be her focus.  She is trained in ABA, DTT, PECS, PRT, TEACCH, Floortime (DIR) and social thinking (MGW). Dr. Norall has coauthored with Beth Brust the book  QUIRKY, YES-HOPELESS, NO: Practical Tips to Help Your Child with Asperger’s Syndrome Be More Socially Accepted. The book is a is a helpful, reader-friendly A to Z guide to understanding the most common struggles of children and teens with Asperger’s Syndrome.

Different therapies used in the educational setting are discussed in this webinar including applied behavior analysis, speech therapy, occupational therapy, and social skills training. Assistive technology, home-schooling, curriculum, self-stimulatory behaviors, the importance of sibling groups, the need for respite for the parents are also explored. Other therapies such as pet therapy, yoga, music therapy, art therapy, and hippo-therapy are discussed as helpful adjuncts to a more traditional education.

Marriage and Autism with Dr. Robert Naseef covers effect of autism on the family, strengthening and maintaining your  marriage.

In this web-based conference call, Ernest Priestly discusses the effects which raising

autistic children can have on marriages and other domestic relationships. The speaker,

Dr. Robert Naseef, offers expert advice to listeners, discussing how to strengthen and

maintain a marriage or relationship where an autistic child is involved, dealing with

the attitudes of family members and friends, explaining disabilities to children

themselves, and choosing the best course of treatment for your child.

Dr. Robert Naseef has practiced for over 18 years as a psychologist and as a consultant to numerous schools and human service organizations. He is a graduate of Temple University. He specializes in families of children with disabilities and has published several articles on the subject, including the book Special Children, Challenged Parents: The Struggles and Rewards of Raising a Child With a Disability.  He also answers questions for readers of www.autism.about.com and co-edited Voices from the Spectrum (2006) with Dr. Ariel.  Dr. Naseef presents locally and nationally on issues related to family life with special needs and has a special interest in the psychology of men.

Casein and Gluten Free Diet with Betsy Hicks covers the benefits of diets for  children with autism, healthy eating, recipes.

In this webinar , Betsy Hicks discusses the many aspects of the casein and gluten free diet, healthy eating, gluten-free flours, healthy oils to cook with, buying organic meat directly from farmers, casein free milks, how the diets help children on the spectrum, how to find the healthy products to cook with, where to find easy and appetizing recipes.

Betsy Hicks, is the Co-Founder Pathways Medical & Holistic Centers located in Wisconsin. Betsy Hicks is hailed as one of the most innovative teachers on achieving whole body wellness through diet and nutrition. Author, radio host and video anchor, she serves as Pathways diet counselor, public education coordinator and oversees the practices’ day-to-day operations. As the mother of a son with autism, she also speaks nationally on holistic interventions for children with disabilities.  Betsy specializes in overcoming “picky eating” and finding creative and practical techniques for inspiring children and adults to enjoy a variety of foods.

Sensory Integration Therapy with Chantal Sicile-Kira covers sensory –related problems in children and teenagers with autism, how to get help.

In this webinar, Ernest Priestly discusses sensory integration problems  which effect people on the autistic spectrum. The speaker, Chantal Sicile-Kira, offers advice and solutions for how to deal with a variety of sensory-related problems, as well as general tips on effectively dealing with autistic children and teenagers. Topics covered include sensory  therapies, legal issues and how to get more help.

Chantal Sicile-Kira has been involved with Autism Spectrum Disorders for almost twenty years, both as a professional and as a parent. Her most recent book is Autism Life Skills: From Communication and Safety to Self Esteem and More: 10 Essential Abilities Every Child  Needs and Deserves to Learn. She is the award-wining author of  Autism Spectrum Disorders, and Adolescents on the Autism Spectrum. Her son, Jeremy, was featured in the MTV documentary ‘True Life’ series, in “I Have Autism.” Chantal writes the Ask Chantal column for The Autism File Magazine, and hosts a radio show on Autism One Radio. Visit www.chantalsicile-kira.com for more information.

An overview of changes in the law and how they impact a child’s placement. Practice of parents waiving reading of their rights and how that has left them in the dark as to changes the district does not voluntarily give them, will be discussed.

Ms. Cromer has been practicing law since 1995 exclusive in the area of special education.  She has been both a parent of two special needs eligible children as well as an attorney representing over 1,000 families.  She has worked with the juvenile court system to provide cost effective representation to foster children who the law left without protections as well as training Judges, attorneys, other connected agencies, parents and CASAs in the children’s special education rights and how to protect them.

Dr. Cathy Pratt  is the  Director of the Indiana Resource Center for Autism at the Indiana Institute on Disability and Community located at Indiana University.  Dr. Pratt currently  serves as Chair of the Board for the National Autism Society of America.  Dr. Pratt is on faculty at Indiana University, presents internationally, and serves on numerous Advisory Boards, including the Advisory Boards of Maap Services, Inc., the College Internship Program, and the Autism Society of Indiana. For more information go to

Ever wonder what it is like to be a teenager on the autism spectrum? Ever wonder what is going through their minds and how they see the world around them? Blaze Ginsberg, a young adult with High Functioning Autism, discusses his teenage years, his struggles and triumphs with school, his desire to “fit in,” and how he became the person he is today. His mother, Debra Ginsberg, will discuss what raising a teen like Blaze was like from her perspective.

Blaze Ginsberg is the author of Episodes: My Life as I see It. in 2002, Blaze Ginsberg was the subject of Raising Blaze, his mother’s account of her efforts to shepherd him through the public school system. The book covered eight years, from kindergarten through seventh grade during which Blaze was judged at various times to have learning disabilities, behavioral problems, ADHD, Asperger’s Syndrome, and an assortment of other conditions, without ever being definitively diagnosed. In 2007, at the age of nineteen, Blaze finally received a formal diagnosis of high-functioning autism.   Blaze has been writing short stories, poems, and songs since the age of nine. In 2006, he began writing his own book, a memoir which picks up where Raising Blaze left off, covering his years in high school and his first steps toward adulthood. Inspired by Internet episode guides such as imdb.com and TV.com, his memoir, EPISODES, describes his life as a series of TV shows in which he’s appeared. For more information visit:  http://www.blazeginsberg.com/.

Debra Ginsberg is the author of the memoirs, Waiting: The True Confessions of a Waitress(HarperCollins, 2000), Raising Blaze: A Mother and Son’s Long, Strange Journey Into Autism (HarperCollins, 2002), and About My Sisters(HarperCollins, 2004) and the novels Blind Submission (Shaye Areheart Books, 2006) and The Grift (Shaye Areheart Books, 2008). A graduate of Reed College, she has contributed to NPR’s All Things Considered, is a regular reviewer for Shelf Awareness, and works as a freelance editor. She lives in Southern California. For more Information, visit http://www.debraginsberg.com/.